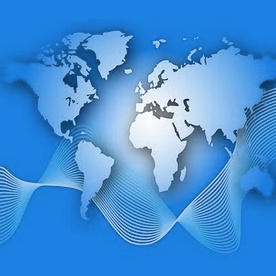 The Caspian Group Holdings (Caspian Group) is a multidisciplinary group of companies with broad international business interests in the fields of energy (including green renewables), infrastructure development, high technology, publishing and strategic advisory services. The team of principals at Caspian Group are leading authorities in their respective fields, each having led ground breaking, impactful initiatives since the mid-eighties.

The Caspian Group portfolio of holdings include: Caspian Ventures with concentration in infrastructure development projects in the trans-caucuses and the Middle East, Caspian Renewable Energy, LLC with interests in ‘smart solar’ and green renewable energy projects in the Persian Gulf, Caspian Energy Consulting, Inc. a strategic management advisory practice and Caspian Publishing with a focus on U.S. foreign and domestic policy issues and GMS International, the investment arm of Caspian Group holdings, with a focus on investing in and acquiring companies that will generate superior investment returns.

A distinguishing asset of the Caspian Group is its management team’s unique global perspective, a polyglot team of professional with years of residence and study in United States, Middle East and the former Soviet Union.

Having authored books, articles and opinion pieces on a variety of issues, including global energy and the long-term strategic interests of the United States, Caspian Group’s Chairman and Chief Executive, Rob Sobhani, Ph.D. has been a frequent commentator on major international television and broadcast networks, since the 1990’s.